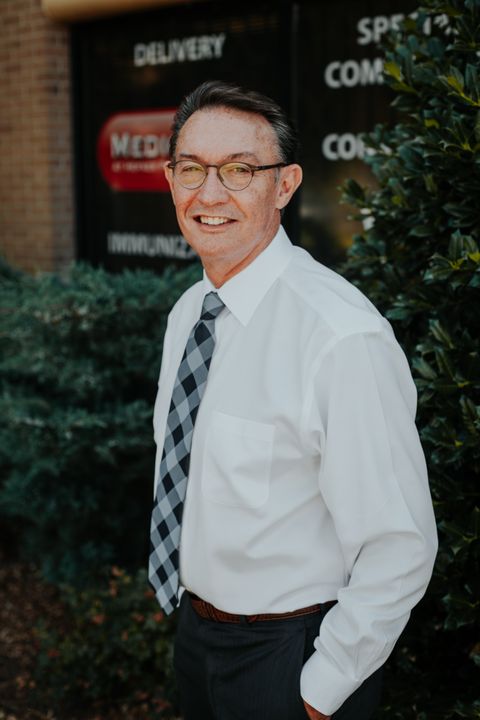 Clay Moore D.Ph., attended Southwestern Oklahoma State University College of Pharmacy where he received his pharmacy degree in 1981. Clay was one of the first pharmacists in Oklahoma to pursue a specialty practice in compounding, joining Professional Compounding Centers of America (PCCA) in 1985 and becoming a Fellow in the American College of Apothecaries (ACA) and the American College of Veterinary Pharmacists (ACVP) in 1999. Training provided by the ACVP certifies Fellows to assist Veterinarians in treating their patients by providing specialized medication forms. Clay has recently served as president of the American College of Apothecaries, an elite group of pharmacists that pride themselves as independent pharmacy owners with innovative practices. He is a past president, 2001-2002, and executive council member of the Oklahoma Pharmacy Association, 1996-2000. He is also a member of the International Academy of Compounding Pharmacist since 1998. SWOSU College of Pharmacy gave Clay the Syntex Preceptor of the Year award in 1994 and Bristol Myer Squibb awarded him with the Pharmacy Leadership Award in 2001-2002. Clay continues to be an adjunct faculty for Southwestern Oklahoma State College of Pharmacy from 1988 to present, along with being an adjunct faculty member for Oklahoma University College of Pharmacy since 1998. Clay Moore has been married for over 40 years to his wife Anne who is active in the management of the Pharmacy operations. They have 2 adult children and 2 beautiful granddaughters. Clay enjoys drawing, oil painting, and water color in his spare time. 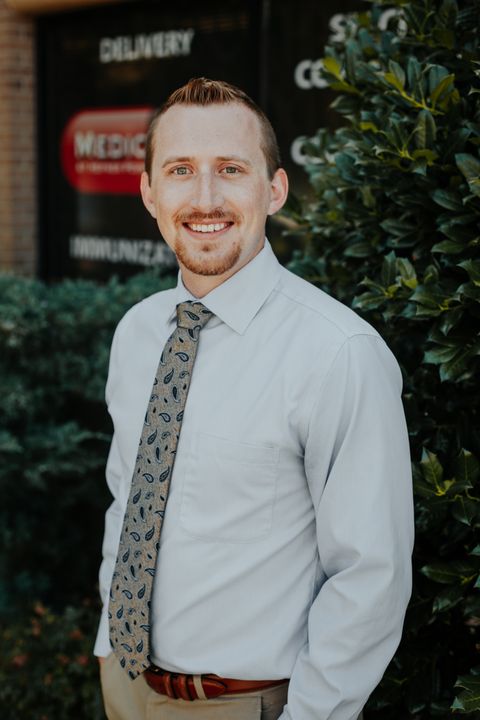 Jonathan Hanna Pharm.D. graduated from Southwestern Oklahoma State University College of Pharmacy in 2016. He is a member of the Oklahoma Pharmacist Association and currently serves as an adjunct preceptor for Southwestern Oklahoma State College of pharmacy. His professional interests include compounding, veterinary medicine, cardiovascular medicine, diabetes care, and hormone replacement. Jonathan is married to his wife Barbie. They have two children Mason and Karson. He enjoys fishing, snowboarding, OU football, Thunder basketball, and traveling with his family. 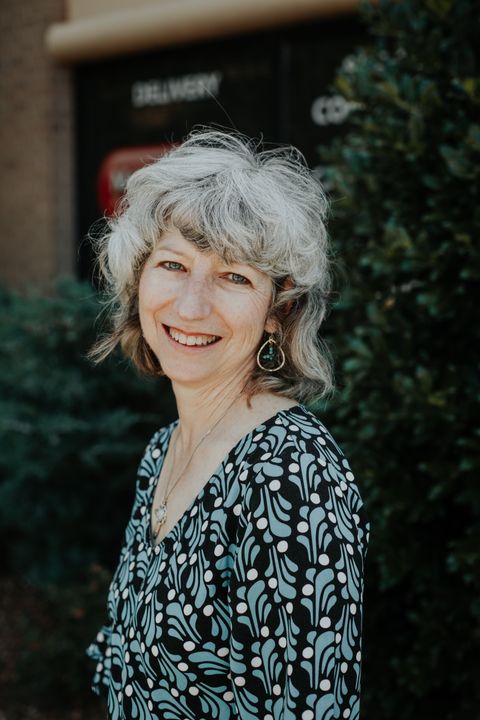 Mary Jane Fry, Pharm. D. graduated from Southwestern Oklahoma State School of Pharmacy in 1983 with a Bachelor of Science degree in Pharmacy. She graduated from the University of Oklahoma School of Pharmacy in 2003 with a Pharm. D. Mary Jane is a long standing member of the Oklahoma Pharmacist Association and is a member of the Central Oklahoma Compounder’s Association, practicing compounding since 1984. She is an adjunct professor for Southwestern Oklahoma School of Pharmacy along with being an adjunct professor for the University of Oklahoma School of Pharmacy. Mary Jane Fry was awarded Oklahoma’s Young Pharmacist of the Year in 1993. Southwestern Oklahoma State School of Pharmacy gave her the Preceptor of the Year award in 1994. In 1996 she received Oklahoma’s Innovative Pharmacist of the Year award. She has specialized her pharmacy practice to include Women’s Health issues for the last 12 years, consulting with patients one on one and speaking to large women’s groups. Her other professional interests are asthma, nutritional support, and metabolic syndrome. Mary Jane Fry is married to her husband Dennis and they have two children, Hurley and Jack. Her hobbies include staying fit, spending time outdoors either walking or playing golf, being active in her church & is an active member of the Oklahoma Family Network. 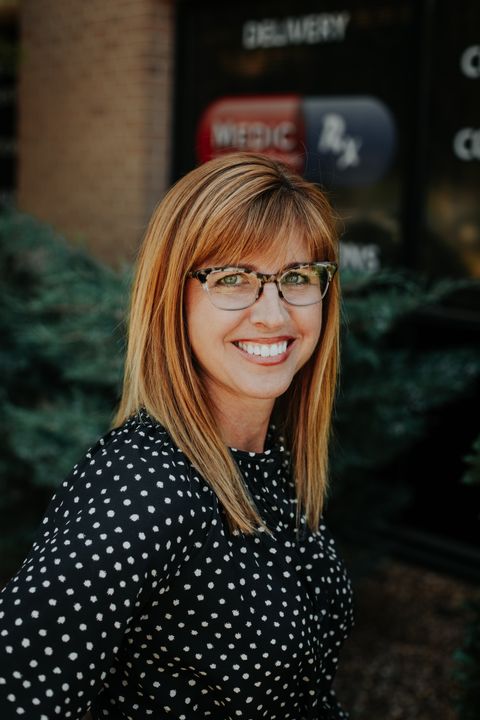 Rhonda Cothran D.Ph. graduated from the University of Oklahoma College of Pharmacy in 1992. She has worked for the Medic Pharmacy Company since 1993 specializing in compounded medications for children, adults and pets. Rhonda served as the pharmacy manager for the Medic Pharmacy on the Deaconess Hospital campus in Oklahoma City for 13 years and then moved to the Medic location at Hefner Pointe in 2009. She is a member of the Oklahoma Pharmacist Association. Rhonda also serves as an adjunct faculty member for both the OU College of Pharmacy and the Southwestern Oklahoma State College of Pharmacy. The University of Oklahoma awarded Rhonda Preceptor of the Year in 1999 and she was voted Outstanding Preceptor by the graduating pharmacy students in 2003. She received national recognition as a Drug Topics Independent Pharmacist of the Year in 2000. Rhonda has completed the American College of Apothecaries specialty training programs in Diabetes Care, Respiratory Diseases, Antimicrobial Therapy and Women’s Health. She also has advanced training from Professional Compounding Centers of America in primary compounding techniques and sterile compounding. Rhonda is married to her husband, Terry, who is also a pharmacist. They have two children Spencer and Sarah. Rhonda enjoys spending time with her family, hiking, church activities, reading and cooking.